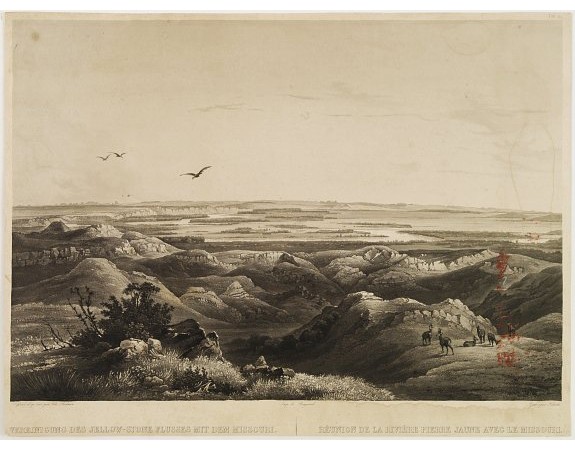 Original aquatint engraving after Karl Bodmer. Engraved by Salethé and printed by Bougeard. Karl Bodmer was engaged by Prince Maximilian to provide a record of his travels among the Plains Indians of North America during 1833-34. The most important part of their travels started from St Louis, whence they proceeded up the treacherous Missouri along the line of forts established by the American Fur Company.
At Bellevue they encountered their first Indians, then went on to make contact with the Sioux Tribe, learning and recording their little known ceremonial dances, their powerful pride and dignity. Transferring from the 'Yellow Stone' to another steamer the 'Assiniboine', they continued to Fort Clark, studying there the Mandan, Mintari and Crow Tribes, then the Cree and Assiniboine tribes at Fort Union, the main base of the American Fur Company.
Based on 0 reviews. - Write a review
500€
183 views
Add to Cart
Ask Question
Add to Wish List Compare this Product