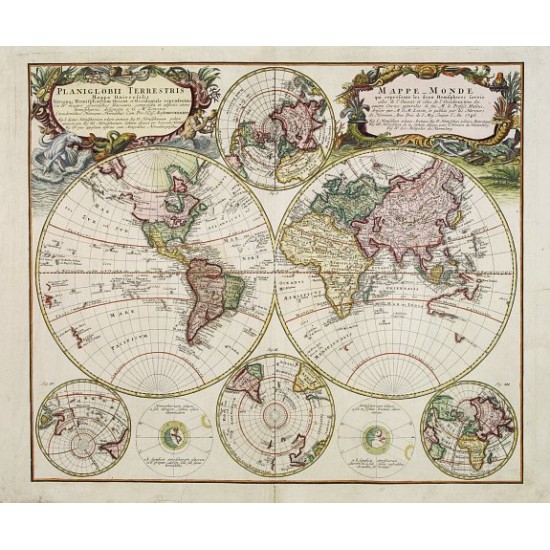 Word map in double hemisphere. In center two smaller hemispheres of the north and south pole are shown. Two interesting diagrams depict the earth as it would be seen from space. North America is still blank above California and Hudson Bay is open-ended in the north-west corner. <br />Very decorative title cartouches in upper left hand right hand corner containing the titles, one in Latin and the other French.<br />The map is of interest for the use of East Sea, the sea between Korea and Japan, here called "<b>Mare Orientale Minus</b>".<br />Two light brown spots on verso, hardly notable on recto.e Jean Le Loyer.