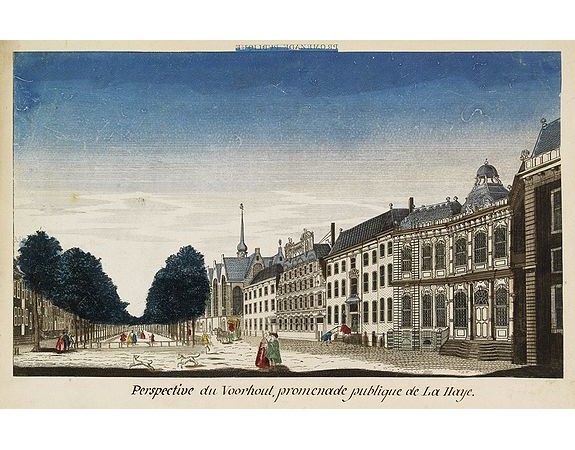 Showing the Voorhout in The Hague. Likely published by Mondhard, who was a well-known publisher of optical prints, established in rue St.Martin in Paris.
In the eighteenth and nineteenth centuries there were many popular specialty establishments in Paris, Augsburg and London which produced optical viewing devices and special engravings to be viewed through them. In the 18th century the optical print or vue optique came into existence, whose exaggerated converging lines were intended to produce the optical illusion of deep recession. The viewing devices for which these perspective prints were produced consisted of a lens and a mirror, this requiring the use of reversed or mirror-image pictures.
Based on 0 reviews. - Write a review
200€
144 views
Add to Cart
Ask Question
Add to Wish List Compare this Product