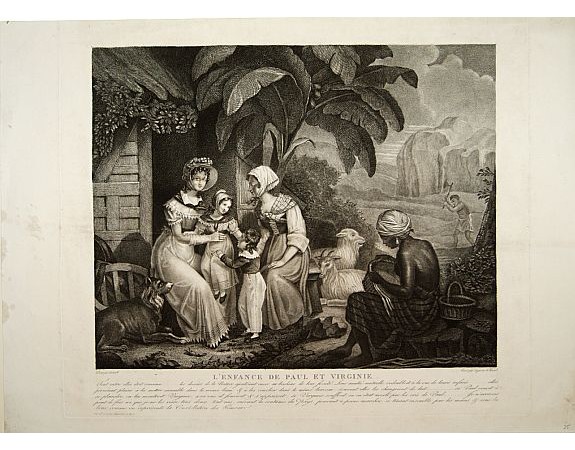 Fine engraving of Paul and Virginie.
Paul et Virginie (or Paul and Virginia) is a novel by Jacques-Henri Bernardin de Saint-Pierre, first published in 1787. The novel's title characters are very good friends since birth who fall in love, but die when the ship Le Saint-Geran is wrecked. The story is set in the island of Mauritius under French rule, then named Île de France, which the author had visited.
Written on the eve of the French Revolution, the novel is hailed as Bernardin's finest work. It records the fate of a child of nature corrupted by the false, artificial sentimentality that prevailed at the time among the upper classes of France.
Based on 0 reviews. - Write a review
400€
192 views
Add to Cart
Ask Question
Add to Wish List Compare this Product