ANONYMOUS - A folding fan showing Cleopatra at the Gates of Alexandria, circa 1750-1760. 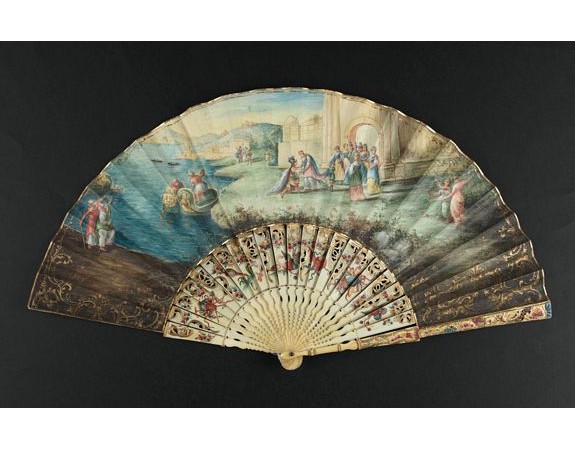 The fan shows Cleopatra at the Gates of Alexandria, where she welcomes Julius Caesar who came to visit her in 48BC. Her suite is made up of soldiers and maids.

The arrival in Alexandria of Julius Caesar gives Cleopatra her first chance of a wider role in the world. She seizes it, becoming the mistress of the man who is now unmistakably - after his defeat of Pompey - the most powerful Roman.
Caesar spends the winter of 48-7 BC in Egypt, helping the young queen suppress the forces of her even younger brother.
Based on 0 reviews. - Write a review
1,100€
219 views
Add to Cart
Ask Question
Add to Wish List Compare this Product