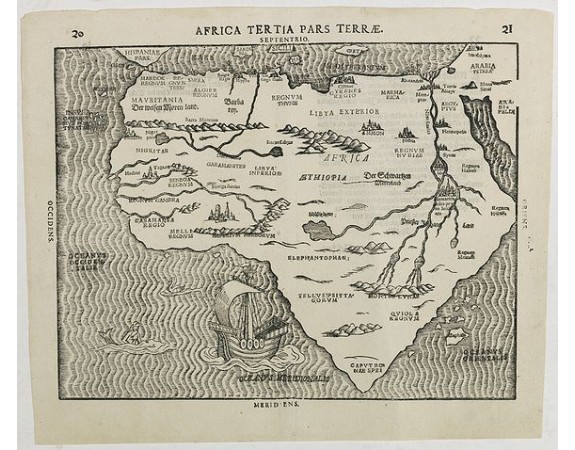 This map of Africa has an unusual shape, tapering to a narrow angle in the south. Numerous rivers appear in West Africa and as tributaries to the Nile, and mountain chains and various kingdoms are mentioned. The sea with a galleon, a merman and above him a sea-bird.

"The appearance of the map, especially when compared to other maps from this period, is unusual" (B.). "The sea is engraved in narrow wavy lines, and bears a galleon, merman and acquatic bird" (T.). According to Betz variant 2 still with Cairo on the east side of the Nile, but "some of the place names shifted upward in such a way as to be printed almost over the geographical features".