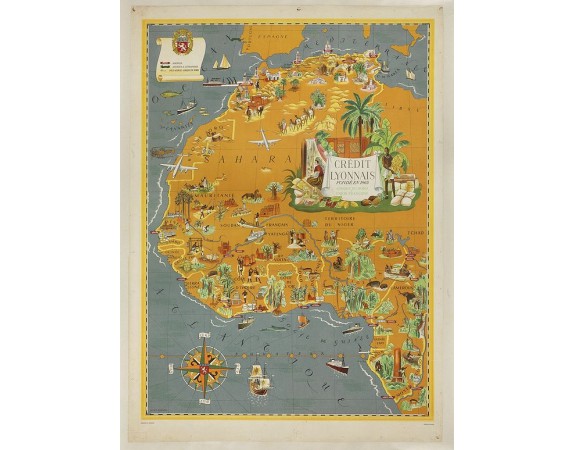 Original pictorial lithographed advertising poster showing western part of Africa. Published by the French bank Crédit Lyonnais.
Design by Lucien Boucher who is a famous commercial poster artist and illustrator born in Chartres in 1889 and died in 1971. Graduated from the Ecole de céramiques de Sèvres, he began his career as cartoonist for the satiric newspaper Le Rire. In the 1920s he worked actively as poster designer for the movies and the advertising industry. He designed a significant number of lithography's inspired by the surrealism style. He’s very well known of a series of posters (advertising & world map) designed for Air France.
Based on 0 reviews. - Write a review
950€
393 views
Add to Cart
Ask Question
Add to Wish List Compare this Product