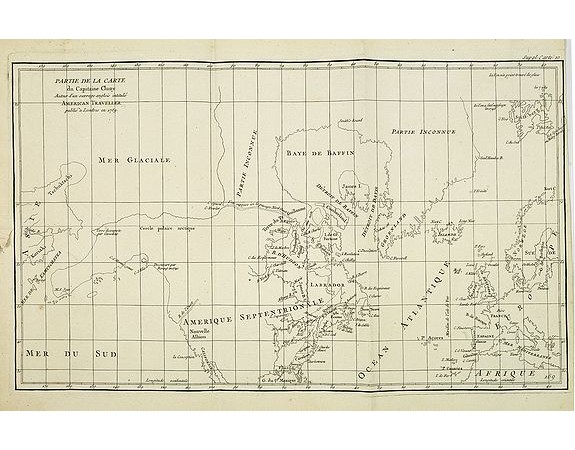 While the map covers the northern hemisphere from Asia through Europe, the focus of the map is the Arctic region of North America.
The most important feature of the map is the early depiction of what is present-day Alaska, and is patterned after Muller's epic map of 1750 that was the first to show the Russian discoveries, also noted here.
A very interesting Northwest Passage is shown going from Repulse Bay in the north part of Hudson's Bay into the Arctic Ocean at Cape Fowler.
Based on 0 reviews. - Write a review
200€
188 views
Add to Cart
Ask Question
Add to Wish List Compare this Product