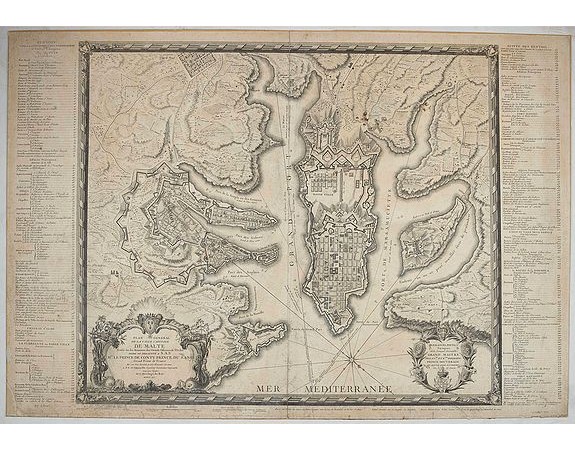 Attractive large scale plan of Valetta on Malta. To the left and right a numbered key 1 - 269. In lower right a dedication to Manuel Pinto da Fonseca (1681 – 1773) who was a Portuguese nobleman, the 68th Grand Master of the Order of Saint John, from 1741 until his death. He undertook many building projects, introducing the Baroque style throughout Malta.
The cost of these projects contributed to bankrupting the Order in the decades following his death. His views were comparatively liberal. In 1764, he agreed to the re-unification with the Protestant Prussian branch of the Order, without, however, receiving the approval of Pope Clement XIII. The pope did agree, reluctantly, to the expulsion of the Jesuits from Malta in 1768.
Based on 0 reviews. - Write a review
3,750€
53 views
Add to Cart
Ask Question
Add to Wish List Compare this Product