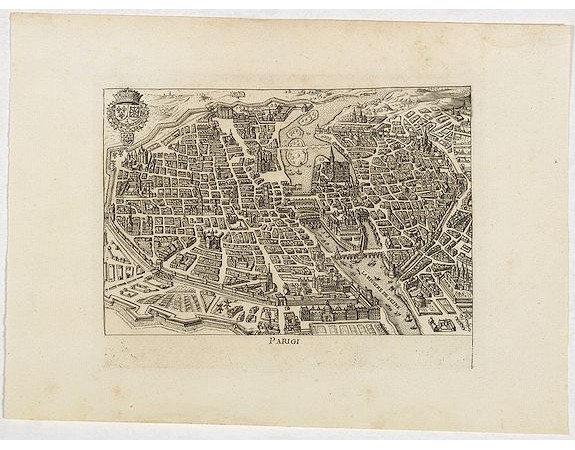 Extremely rare and detailed bird's-eye view of the town of Paris by Giacomo Lauro (active about 1584-1637), taken from "Heroico Splendore delle Città del Mondo", a rare publication for the first time printed in Rome in 1639, and subsequently expanded with ten new plates in 1642. In lower part a numbered key (1-20) to the most important buildings in town.
Giacomo Lauro, was a skilled engraver and publisher active in Rome between 1585 and 1637 (the year of his death). Lauro engraved from over the years fifty town-plans and sold them as separate publications. This plan of Moscow is dated 1628. His town book "Heroico Splendore delle Città del Mondo", was published posthumously two years after his death.
Based on 0 reviews. - Write a review
900€
16 views
Add to Cart
Ask Question
Add to Wish List Compare this Product