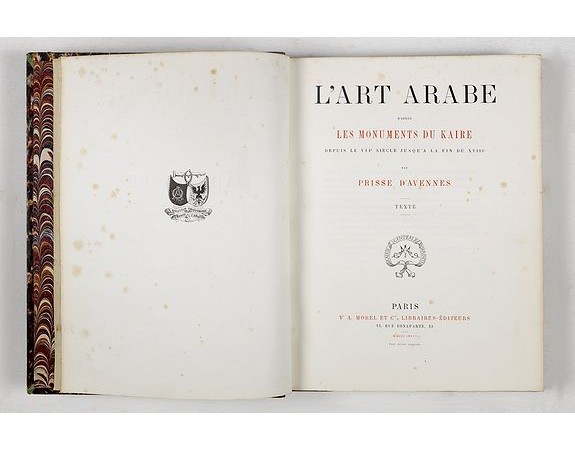 Prisse d’Avennes was one of the foremost scholars of Arabic art and architecture of the 19th century; this work represents the summation of his studies. From the aspect of chromolithography, this ranks as one of the greatest accomplishments of the medium.

Illustrated with 199 (of 200) plates, some are engraved after the great Photographer Giraud de Prangey (1804-1892), who was one of the first French travellers to take photographs in Cairo and Jerusalem.
Based on 0 reviews. - Write a review
8,000€
293 views
Add to Cart
Ask Question
Add to Wish List Compare this Product