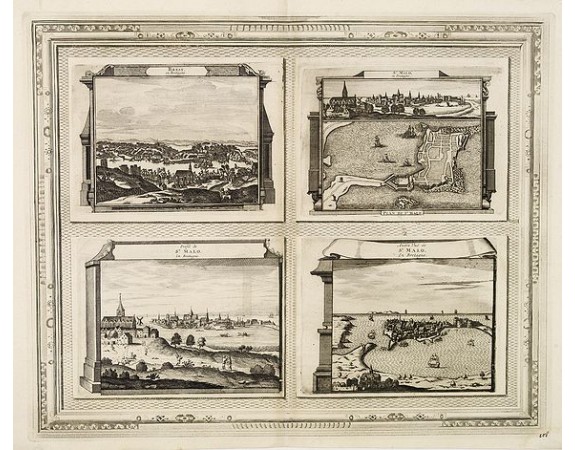 Four engravings of St. Malo in Brittany on one sheet. The town is shown from four different perspectives.
From "Galerie Agréable du Monde", a sixty-six volume atlas complied in 1729 and said to have been issued in an edition of 100 copies only (Tooley, p. 1).
The work contained over 3000 town-views and maps. Van der Aa states in the preface that nearly all the plates had been purchased from various Dutch publishers.
Pieter van der Aa was born in Leiden in 1659, became apprenticed to the booksellers trade at age 9 and died in 1733. Many of his atlases were made to order from outdated plates acquired from many of the older well-known cartographers.