Followed by 4 pages of an alphabetical list of the maps in manuscript. The maps are numbered  in pen and ink at the top right corner. The most recent map is dated 1661.

The atlas is probably, an unrecorded, intermediate edition of Sanson's atlas "Les Cartes Générales de toutes les parties du Monde", which was published by Pierre Mariette in 1658 (edition A) and in 1665 (edition B), and was the first folio French produced world atlas.

The date of publication of this atlas is probably between 1662, the year in which Pierre II Mariette obtains the right to print the maps of Sanson, and 1664, in which year N. Langlois inherits part of the stock of his father.

The atlas also includes maps by Pierre Duval, Philippe Briet, Philippe de La Rue, M. Tavernier and Pierre Mariette. The atlas seems to be the result of the collaboration between Pierre Mariette II and his stepson François Langlois.

In January 1662 he obtained permission to engrave and print the maps composed by Nicolas Sanson. However, in 1664, after the death of his wife Madeleine de Collemont, only 68 copper plates from Sanson's world atlas were in Mariette's hands. The other copper plates are then in the hands of Sanson to whom they are returned on April 24 by Mariette and Langlois.

Nicolas Langlois (1640-1703) is a bookseller, engraver, publisher and print & mapseller. He is the son of the Parisian bookseller and printseller François Langlois. He became master on July 29, 1655, on the condition of not establishing a partnership with Pierre Mariette II, second husband of his mother Madeleine de Collemont, widow of François Langlois. On the death of his mother (1664), however, he inherited part of his father's stock. 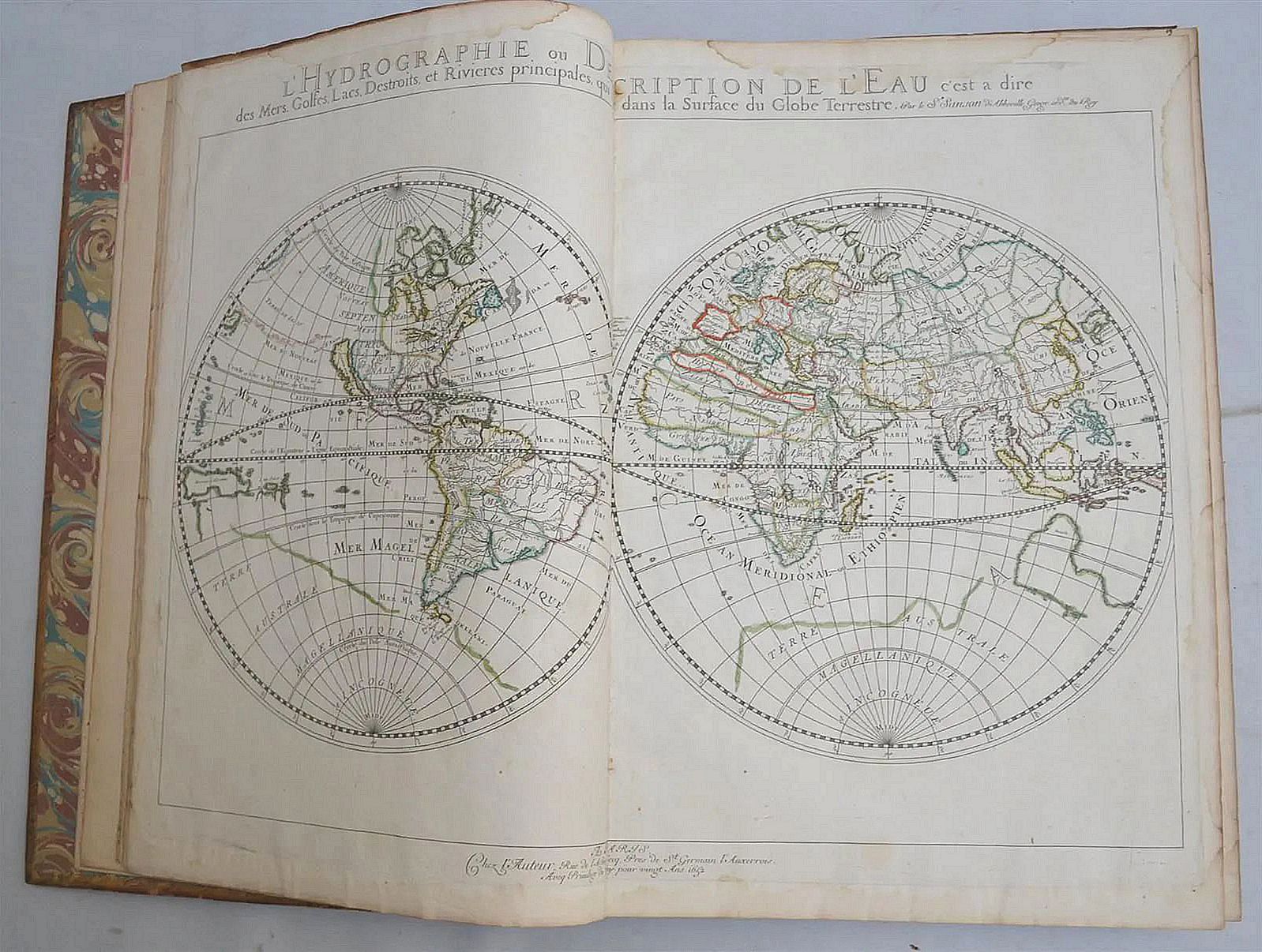 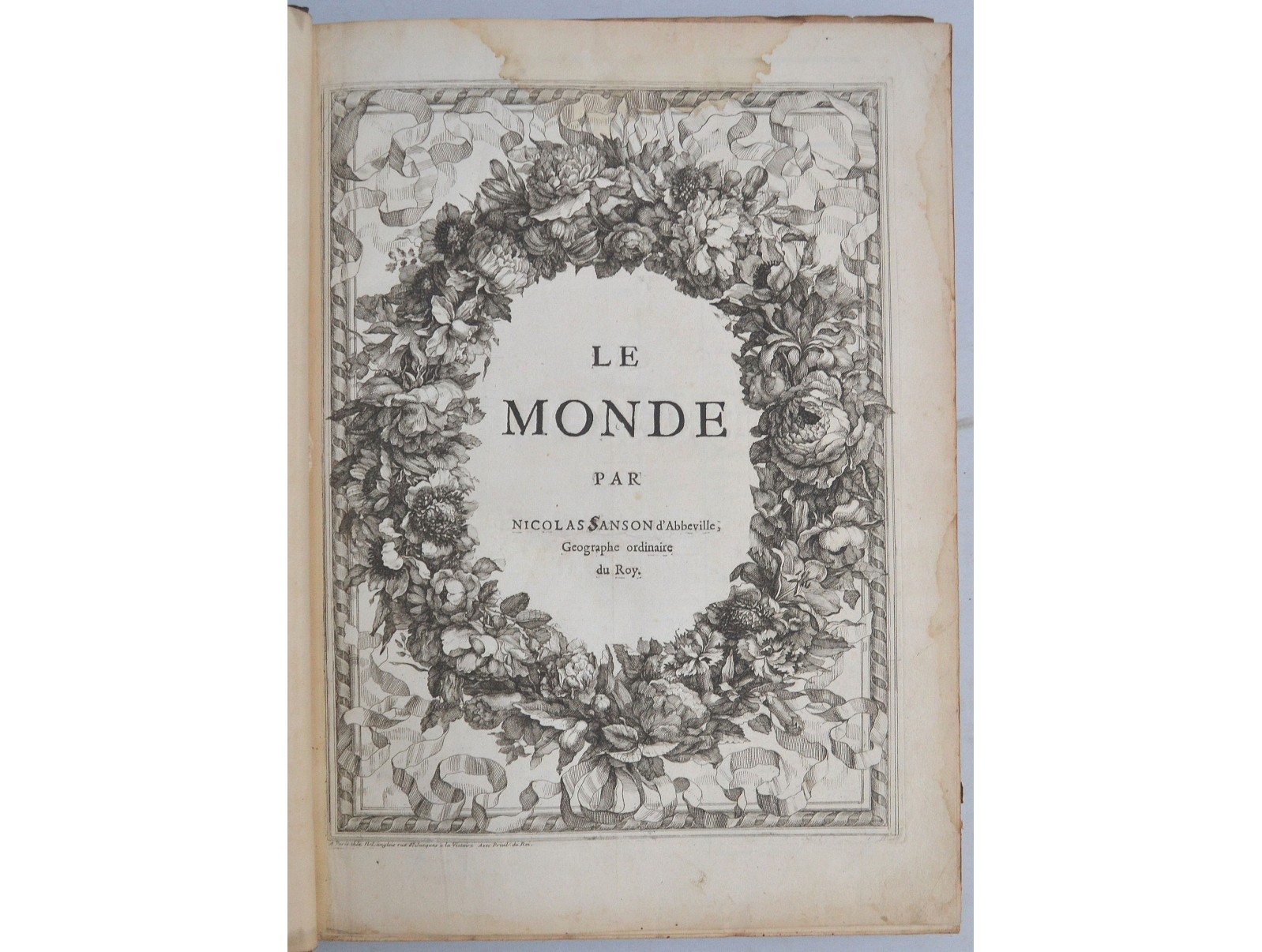 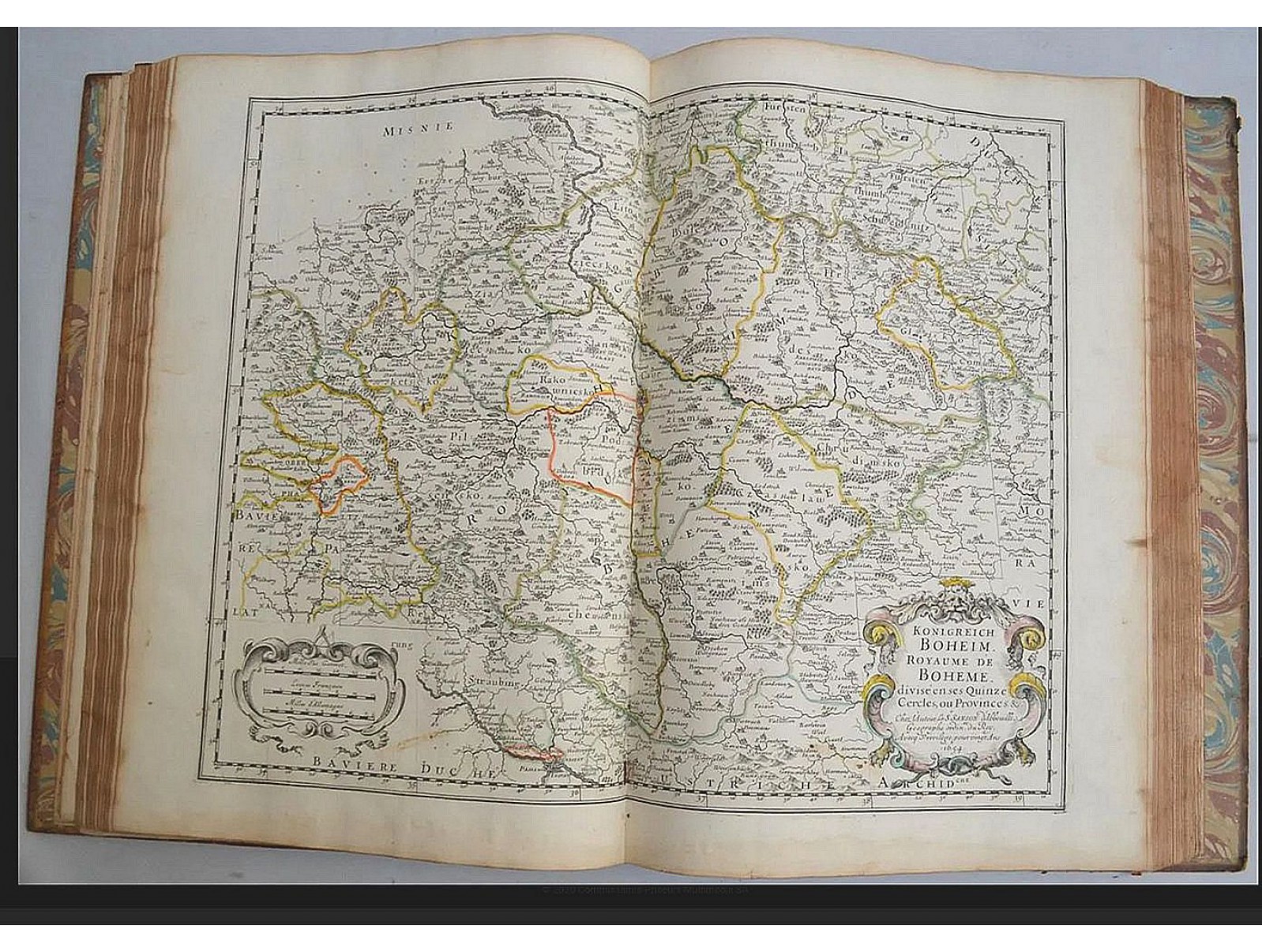 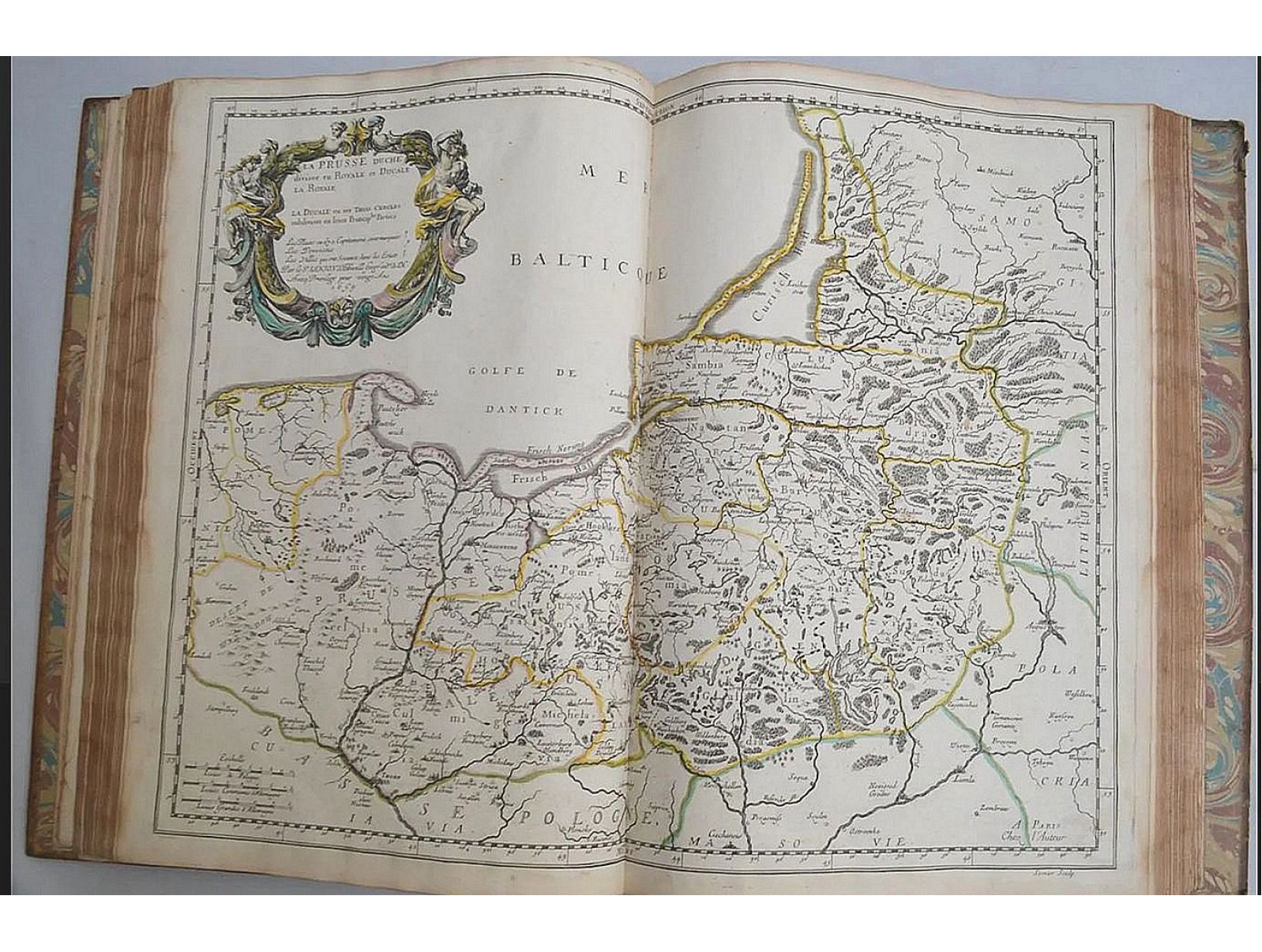 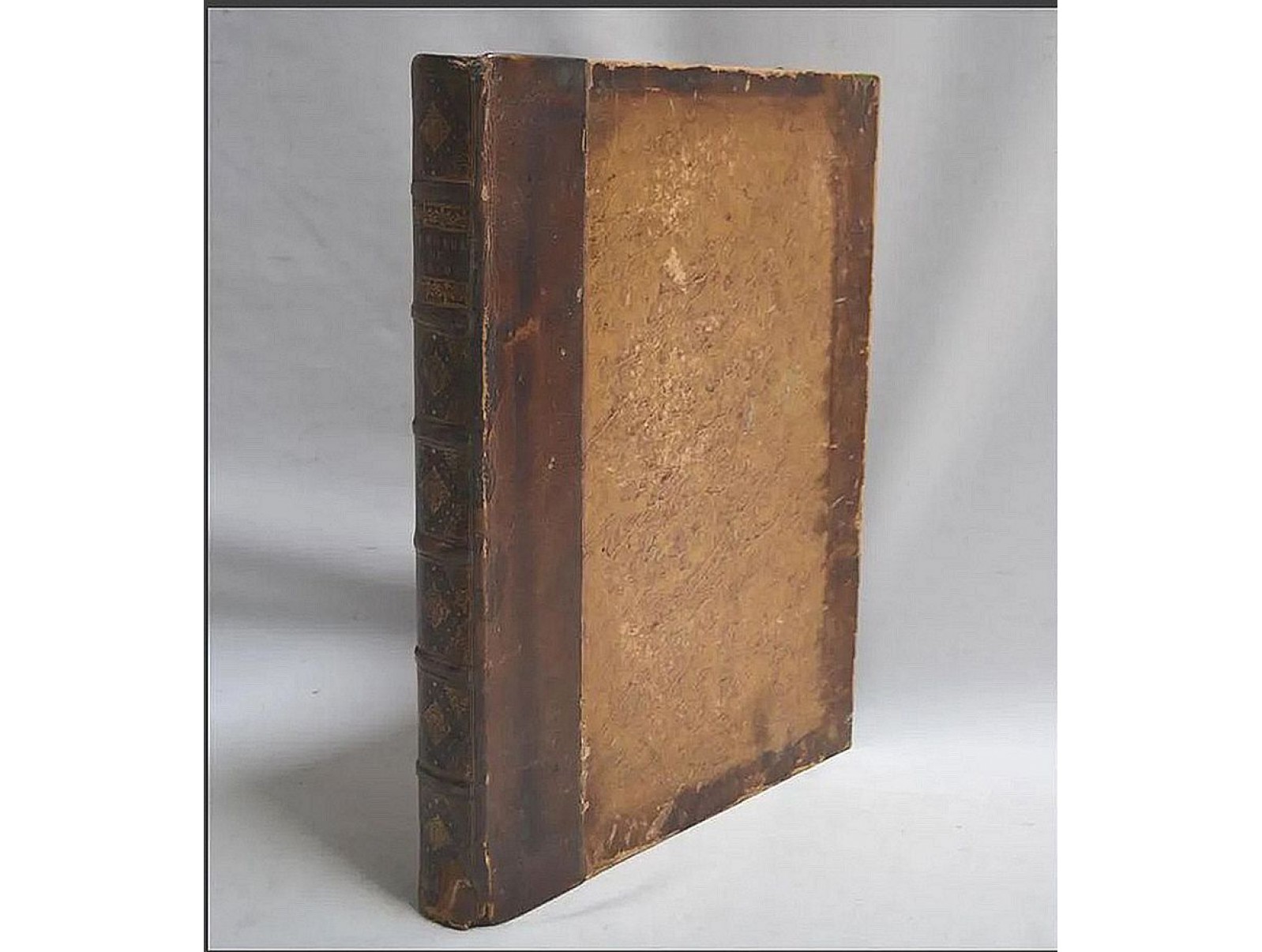 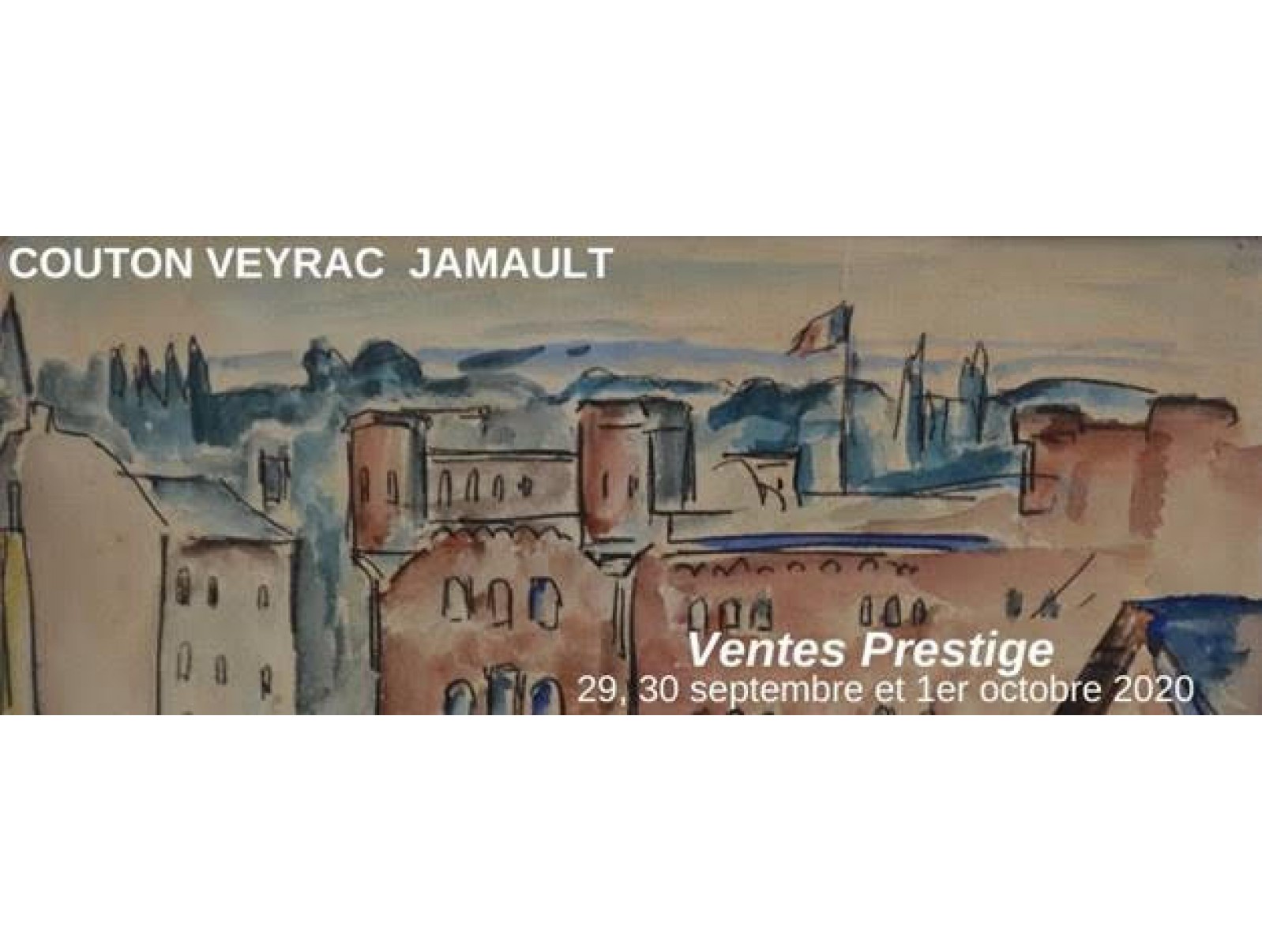 Béatrice Loeb is for more than 25 years an expert for maps and atlases to be sold at auctions held by leading auction houses as Binoche & Giquello, PIASA, Ader Nordmann, Daguerre, Rossini, Kahn-Dumousset, Libert or COUTON VEYRAC JAMAULT in Nantes.

Member of Du SFEP (Syndicat Français des Experts Professionnels en Oeuvres d'Art et Objets de Collection). Founded in 1945, the SFEP is the oldest organization representing professional appraisers in fine art and antiquities in France.
Our auction catalog descriptions are made in accordance with the guidelines laid down by the SFEP.