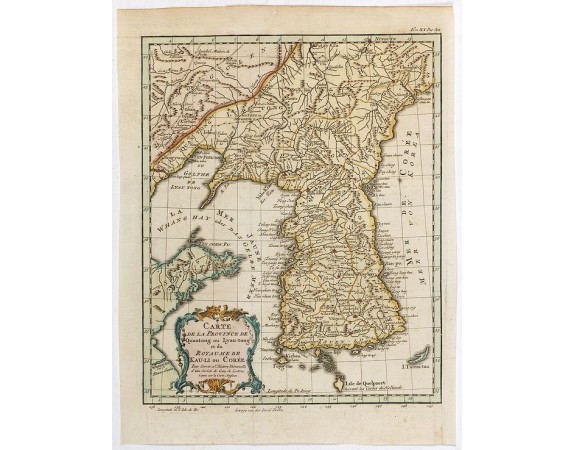 Map of Korea. The map is of interest for the use of East Sea, the sea between Korea and Japan, here called "Mer de Corée" and "Meer von Korea".
From an uncommon German edition, with many text translated into German.
Decorative title cartouche in lower left corner.
The language on the map is in French. The notation at the bottom of the title cartouche notes that the map was copied after a English map. A note at "Isle de Quelpaert" indicates that the island was drawn after Dutch maps.
Based on 0 reviews. - Write a review
500€
177 views
Add to Cart
Ask Question
Add to Wish List Compare this Product