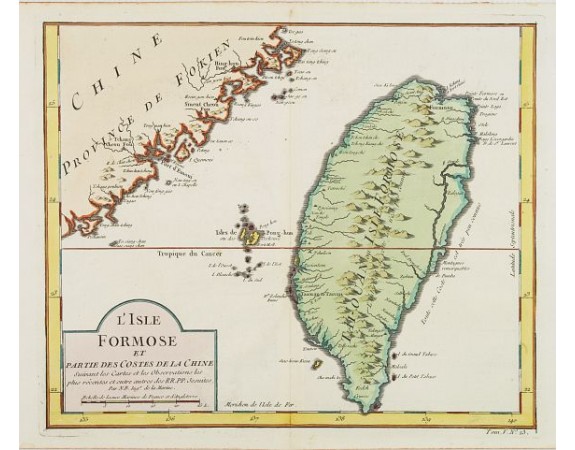 This well-known map of Taiwan is based on Jesuit information. The text along the island's east-coast claims: Of this coast little is known.
Jacques Nicolaas Bellin (1703-1772) was one of the most important and proficient French cartographers of the mid-eighteenth century. He was appointed the first Ingenieur Hydrographe de la Marine, and also Official Hydrographer to the French King.
In smaller format, he issued the Petit Atlas Maritime (1764), which contained 580 charts, as well as maps to illustrate l Abbe Prevost's Histoire Générale des Voyages (1746-1757).
His maps and charts were finely engraved and produced, and set a high standard of accuracy.
Based on 0 reviews. - Write a review
650€
48 views
Add to Cart
Ask Question
Add to Wish List Compare this Product