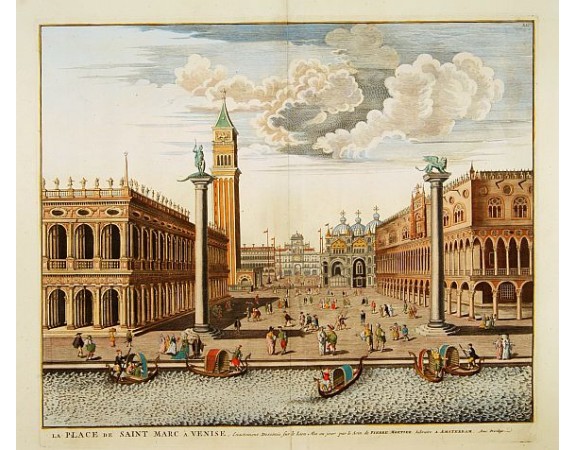 A very attractive view of the place St Marc in Venice.
Joan Blaeu published during his life three town-books of Italy: Citta del Vaticano, Rome and Napoli. By the year 1672 a fire largely destroyed the main Blaeu workshop, and much of the prepared material. However, work on the town-book continued, and in 1682 the completed work was published in Amsterdam by the heirs of Joan Blaeu. The town-book was a great success and reissued several times by different publishers in Amsterdam, as late as 1726. Pierre Mortier re-issued all the Blaeu plates in the years 1704/05 in an atlas comprising four volumes. The plates are now signed A Amsterdam chez Pierre Mortier .
Based on 0 reviews. - Write a review
3,500€
283 views
Add to Cart
Ask Question
Add to Wish List Compare this Product