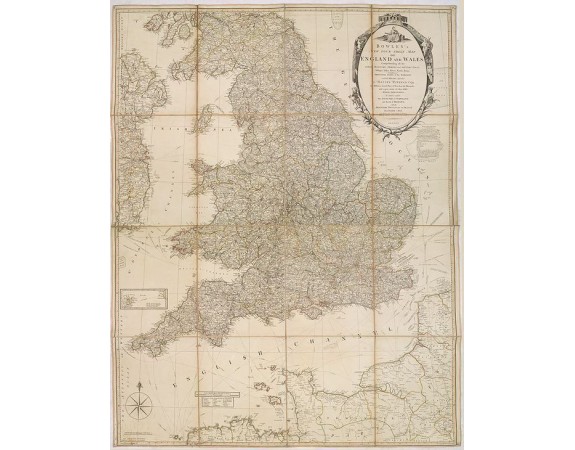 Bowles's new four-sheet map of England and Wales: Comprehending all the Cities, Boroughs, Market and Sea-Port Towns, Villages, Lakes, Rivers, Forests, Ruins, Canals, and Principal Seats of the Nobility, with the Roads ... To which is added The South Part of Scotland, and East of Ireland, with the Maritime Provinces of France from Dunkirk to Brest ... Bowles & Carver Published as the act directs 2 Jan.1801.

Based on 0 reviews. - Write a review
600€
348 views
Add to Cart
Ask Question
Add to Wish List Compare this Product