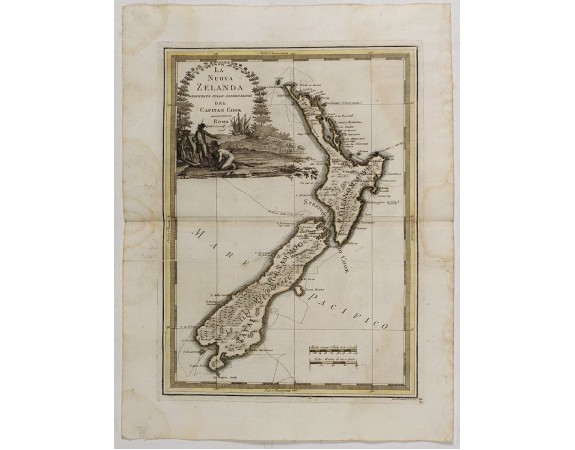 First edition on laid paper Cassini’s splendid early map of New Zealand, being the most decorative version of Captain Cook's map of New Zealand, published in the very scarce 'Nuovo Atlante Geografico Universale'. It marks the route of Cook during his circumnavigation of the islands and has a title cartouche depicting two natives paying homage to him, with the Endeavour at anchor in the background.
Probably the most sought after map of New Zealand.
Based on 0 reviews. - Write a review
6,000€
27 views
Add to Cart
Ask Question
Add to Wish List Compare this Product