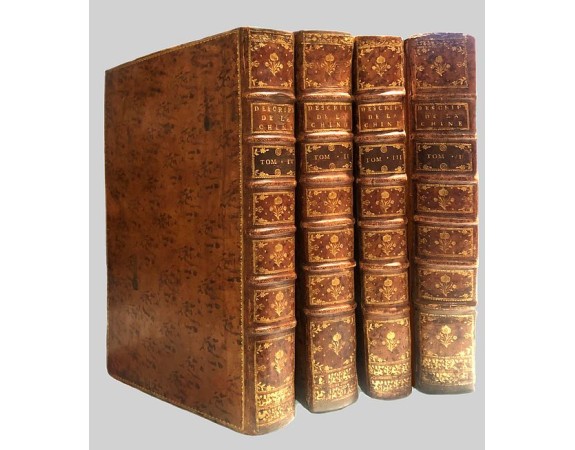 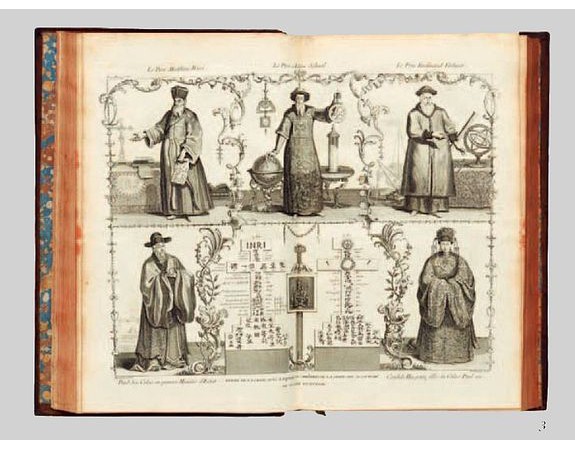 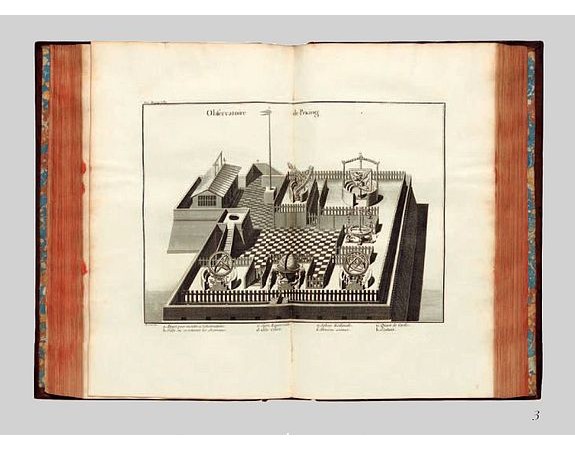 First edition of this cornerstone of any collection of books on China, which is also among the rarest and most desirable of important Americana, included in Rare Americana: A Selection of One Hundred and One Books, Maps and Prints not in the John Carter Library.
This, "the first definitive European work on the Chinese empire" (Hill), was compiled by Du Halde, Jesuit former confessor to the duc d'Orléans, from the accounts, published and unpublished, prepared by 27 Jesuit missionaries during their travels.
This encyclopaedic work not only provided valuable information on Chinese political institutions, education, language, medicine, science, customs and artefacts - importantly it is one of the earliest European sources on Chinese ceramics - but also marked the first appearance of 43 maps by Jean Baptiste Bourguignon d'Anville, internationally recognized as "the finest cartographer of his time" (Moreland & Bannister). Drawn from recent surveys commissioned by the Emperor Kang-hi from the Jesuits, these maps represented an immense improvement on existing knowledge and are considered by Tooley to be "the principal cartographic authority on China during the 18th century". For certain remote parts of northern China, Mongolia and Tibet, this work was the only adequate reference until the technological revolution in surveying in the 20th century.
The work also contains the first separate map of Korea, together with a previously unpublished account of that country by Jean-Baptiste Régis. The book is also of considerable interest in terms of the exploration of America. Printed here for the first time is the eponymous Vitus Bering's account of his 1728 traverse of the Strait, "Relation succinte du voyage du capitaine Beering dans la Siberie." Of comparable importance is the map "Carte des pays traversees par le Capne. Beering depuis la ville de Tobolsk jusqu'a Kamtschatka" bound between pp. 452–3, based on Bering's manuscript map, and containing the first representation of any part of Alaska, St. Lawrence Island. The manuscripts followed a circuitous route to Du Halde. Bering, a Dane who had risen in the ranks of the Russian navy, was sponsored on his expedition by Peter the Great, and when he finally returned to St. Petersburg in 1730, five years after Peter's death, his account was sent as a gift to the King of Poland, who in turn "gave them to Du Halde with permission to do with them 'as he saw fit'" (Hill).

An excellent example of this fine work of 18th-century encyclopaedism, here in the superbly printed and engraved first French folio edition, considered by Lada-Mocarski to be "the most desirable and significant."