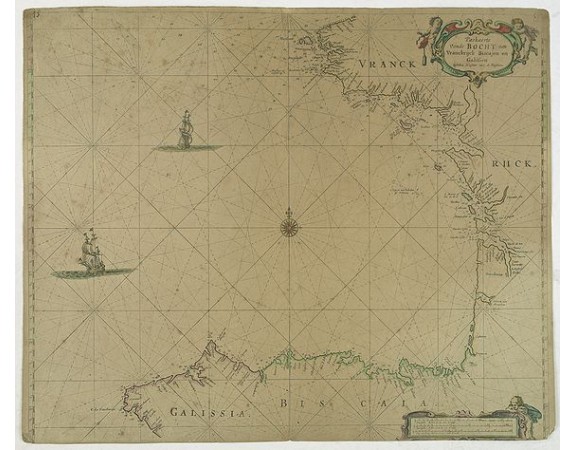 An eye-catching chart of the coast of Bretagne from Brest running south till the coast of Biscay in Northern Spain.
Including the towns of Ferrol in the west, Gijon, Santander, Bilbao, St. Jean de Luz, Bajonne, Bordeaux, all the way op to Brest in the Normandy.
Pieter Goos (ca. 1616-1675) was one of the most important cartographer, engraver, publisher and print seller of Amsterdam. His widow continued business at her husband's death. She re-issued 'Nieuwe Groote Zee-Spiegel in 1676.
Based on 0 reviews. - Write a review
600€
119 views
Add to Cart
Ask Question
Add to Wish List Compare this Product