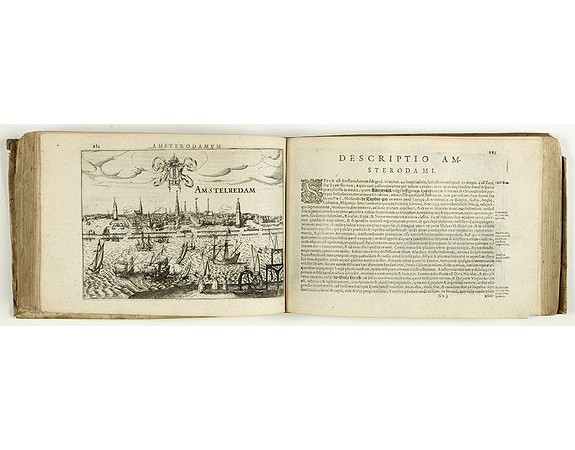 First edition in Latin of the oblong edition. Illustrated with 105 maps and views featuring Belgium, the Netherlands and the north of France.
Variant without the general map of the Netherlands but including that of Flanders, without the sight of Arras but including the map of Artois and without the map of Namur (white). According to the bibliography which lists copies with 106 plates and indicates that page 486 (Namur) is, in some copies, a blank page.