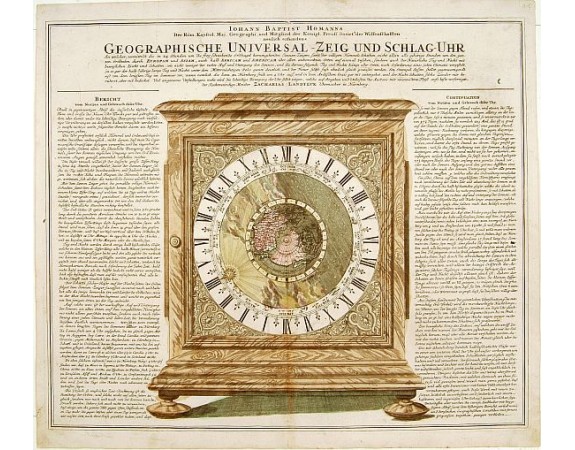 The world centred around the North Pole is depicted on the dial of a beautiful full size mantle-piece clock with California as an island with rounded northern coastline and also with Japan included. Companies Land in the northern Pacific. Around this world map the sky, half of it sunlit, the other half dark with stars. Around the sky a rim with the names of the months and the signs of the zodiac. In the following rim the -Roman- figures for the time indication.
On top, left and right of the clock an explanation in the German language. The clock was prepared by Zacharias Lanteck.
A first edition, without the privilege. A very interesting item.
0 reviews - Write a review
2,000€
562 views
Add to Cart
Ask Question
Add to Wish List Compare this Product