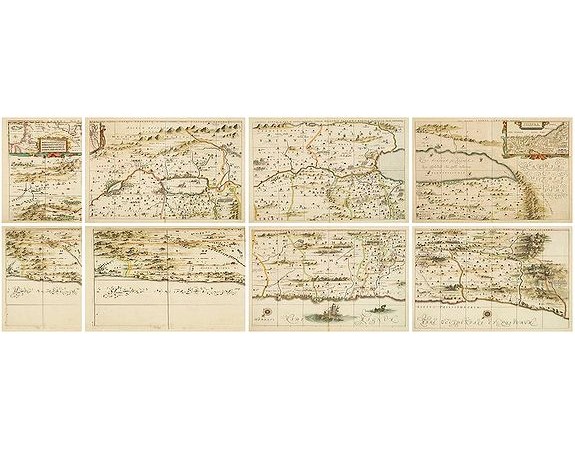 A fine example of the six sheet map by Georgius Hornius map of the Holy Land. Each of the maps is embellished with countless vignettes and other images drawn from Biblical tradition.
From about 1640 Georg Horn (1620-1670) – after he had studied in Nuremberg and at the academy in Altdorf – worked as a private teacher in the Netherlands and in England. 1648 he became professor for history, politics and geography in Harderwijk, 1653 professor for history in Leiden. He wrote many articles about history and geography. His textbook on history he wrote in Latin had been used for many years, even after his death.
0 reviews - Write a review
3,000€
465 views
Add to Cart
Ask Question
Add to Wish List Compare this Product