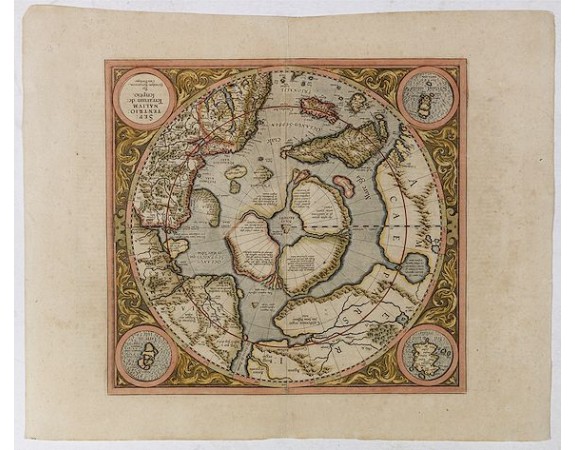 State 2. This is the first map devoted to the Arctic, a hemispherical one on a North Polar projection with an attractive floral design surrounding it. In the corners are four roundels, one of this contains the title, the other three contain maps of the Faeroe Isles, the Shetland Isles and the mythical island of Frisland. Mercator depict the recent attempts at finding the North West and North East Passages. The results of Frobisher's and Davis attempts are recorded.
With t Behouden huys engraved near Nova Zembla.
Based on 0 reviews. - Write a review
2,750€
269 views
Add to Cart
Ask Question
Add to Wish List Compare this Product