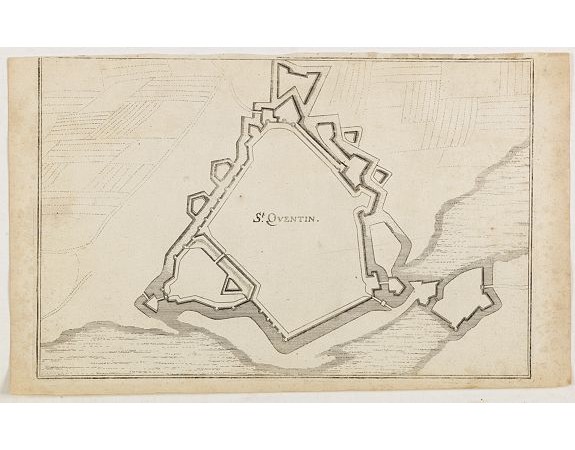 Military plan of St. Quentin's fortifications.
Between the end of the 15th century and until the middle of the 17th century, the strategic position of the town becomes a source of terrible misfortunes. In 1557, a heroic seat vis-a-vis the Spaniards ends in the plundering of the city and its desertion during two years. Returned to France in 1559, she knows an intense activity of fortification: the medieval enclosure is protected from many strengthened works, altered on several occasions.
From Merian's Topographia Galliae. . . .
Based on 0 reviews. - Write a review
20€
105 views
Add to Cart
Ask Question
Add to Wish List Compare this Product