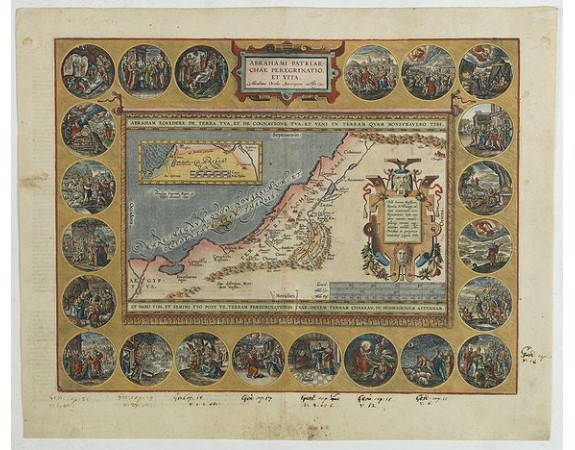 The Holy Land map itself occupies the center and is surrounded by vignettes of the life of the Patriarch Abraham. Extremely decorative map made by Ortelius, based on Ptolemy, but mostly on the bible, particularly for the illustrations of Abraham's life from his departure from Ur to his death, depicted in 22 medallions.

The same map as previous lot, but from the new plate with "hatching from upper left to lower right" (B.), which appears from 1592 onwards side by side with old one; second state, Latin editon of 1603.