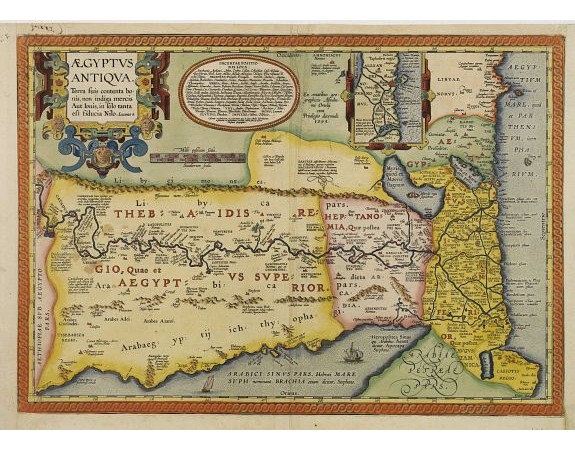 A splendid map of ancient Egypt, which appeared in Ortelius' Parergon. The map is based on his separately published map of Egypt, published in 1565, but with differences in the delineation.
Dedicated to the humanist and medical doctor Scipio Fabio from Bologna, which appeared in 1565, and for which Ortelius mentions as sources Diodor, Herodotos, Strabo and Plinius.
West is at the top and the Nile bisects Egypt. A small inset shows the region around Alexandria to good detail. In the Red Sea are two sailing ships.
Based on 0 reviews. - Write a review
1,200€
375 views
Add to Cart
Ask Question
Add to Wish List Compare this Product