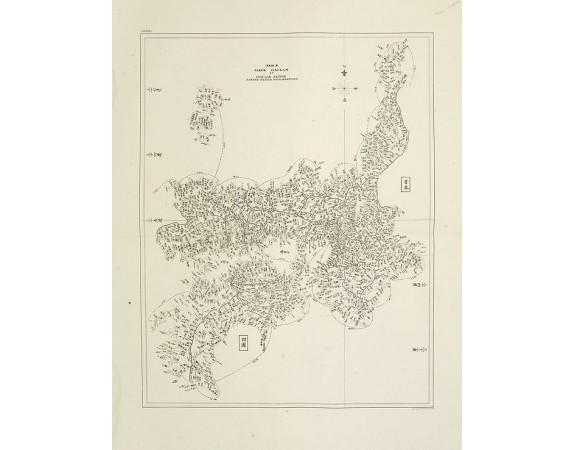 Map of center part of Honshu Island in Japan taken from "Nippon", the rare work by Von Siebold, was born in Wurzburg, in Germany, and worked for the Dutch government as a doctor in Java.
In Japan, where Von Siebold arrived in 1823 at the age of 27, he demonstrated his skills in medicine. His reputation allowed him to go beyond Deshima and to buy a house outside Nagasaki.
An opportunity to travel in Japan arose in 1826, when he accompanied a Dutch mission to the Imperial Court at Yedo (Tokyo), typically and illegally taking surveys on the way. Siebold became fluent in Japanese and was permitted to travel and to observe the country, its manners and customs, the results of these travels and extensive researches being embodied in these magnificent town views and other plates in his work "Nippon".