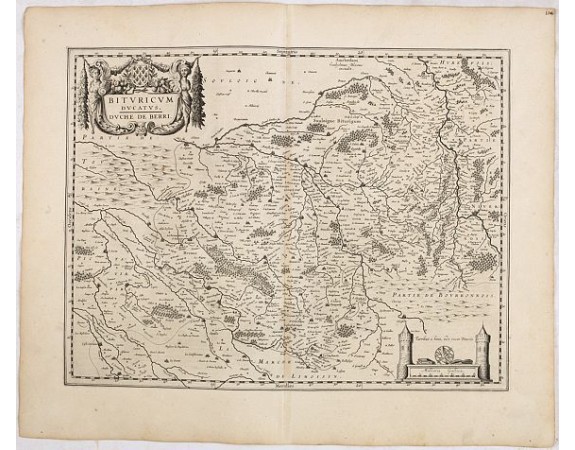 A very decorative map with beautiful cartouches of a province of France is produced by one of the most famous Dutch map publishers during the seventeenth century.
Berry is a centrally located region of France, notable for being the birthplace of several Kings of France and other nobility during the Middle Ages. The capital was Bourges. The region now consists of the departments of Cher / Indre and part of Vienne. Also the Duchy of Berry.
This finely engraved map is enhanced by a decorative title cartouche in the upper left corner, and a mileage scale in the lower right corner.