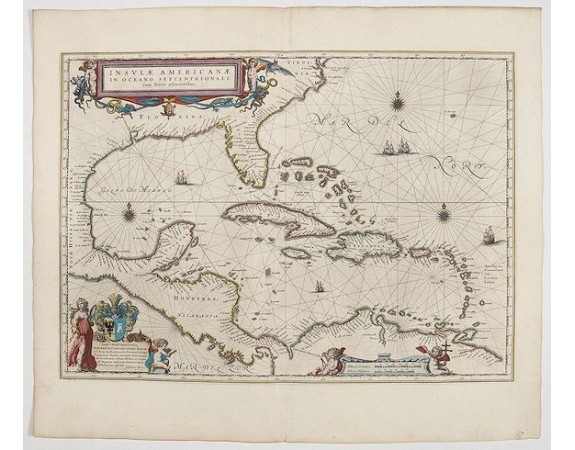 General map of the West Indies extending from Virginia to the mouth of the Orinoco, and destined to be copied in various shapes by many other publishers.
Title cartouche top left incorporates various marine fauna. This is a derivative of Hessel Gerritsz' chart of c. 1631. The nomenclature of the North American part is virtually identical, the only notable addition being the naming of VIRGINIA.
It reflects the first-hand knowledge of Gerritsz during his voyage to South America and the West Indies undertaken in 1628.
Based on 0 reviews. - Write a review
1,800€
133 views
Add to Cart
Ask Question
Add to Wish List Compare this Product