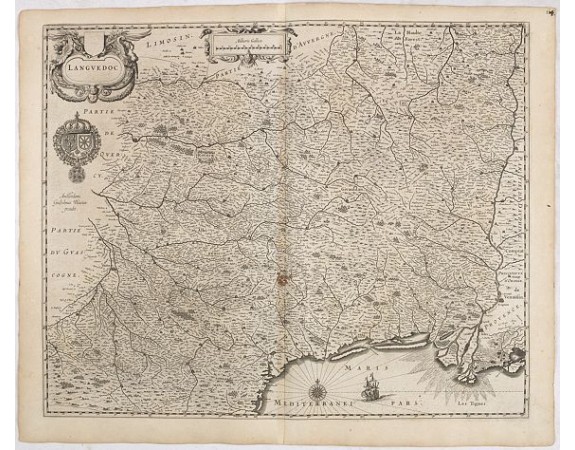 A detailed map of the French province of Languedoc by the most famous Dutch map publisher of the seventeenth century. Showing Cahors, Toulouse, Narbonne, Arles, Valence, etc.
In the left upper corner, a very decorative title cartouche is seen just above a beautiful royal coat-of-arms, to the right a mile scale
At the base of the map a compass rose and a sailing ship are in the Mediterranean. A handsome, detailed map, packed with information and interest.