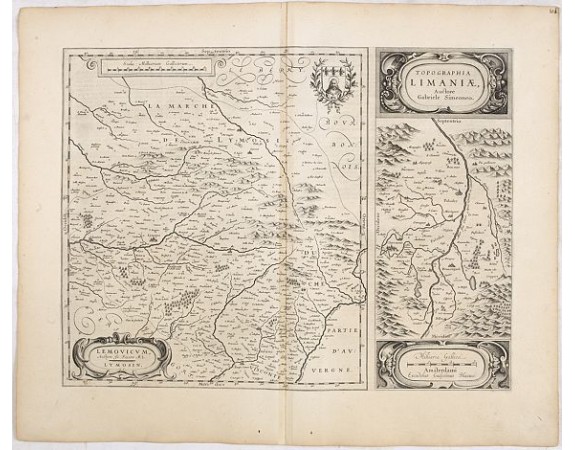 A very decorative map with beautiful cartouches of a province of France by W. Blaeu, one of the most famous of all map publishers.
Two maps on one sheet. To the left a map of the town of Lymoges and the surrounding area, and to the right the map shows the Allier River and valley in the Massif Central in south-central France.
At the right, the Duore (Dore) River joins the Elauer (Allier) River flowing north through the middle of the map. Cleremont (Clermont-Ferrand) is near the middle of the left margin. Mountains are attractively emphasized.
The map is distinguished by a number of attractive and decorative additions including cartouches, mileage scale and coat-of-arms.