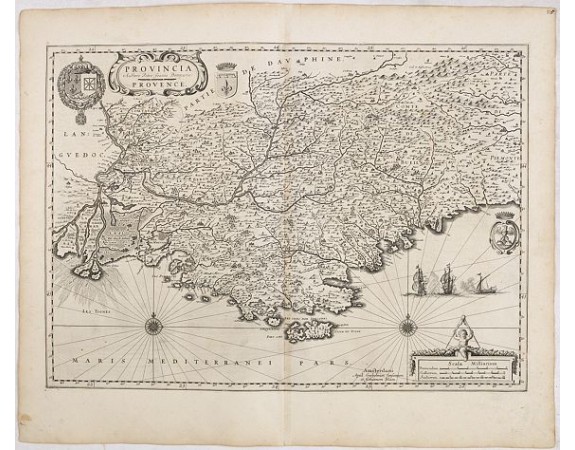 A striking and very decorative map of this southern French region. This lovely map is enlivened by several beautiful cartouches, prepared by Pierre Jean Bompario.
Over half of the rosé wines produced in France is from the Provence region. Rosé de Provence are dry and fruity. A handsome and most desirable map of this most famous region of France.