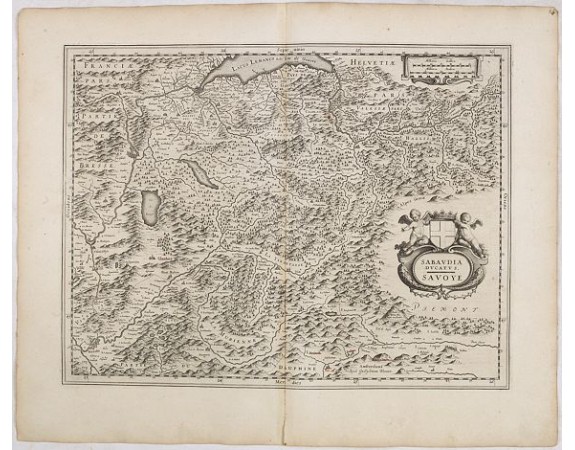 A very decorative map of the mountainous region of Savoy with beautiful cartouches by one of the most famous map publishers of the seventeenth century.
Showing Geneva and the lake to the north of the map and Grenoble in the lower left corner. First appearance in a Blaeu Atlas Appendix in 1631 and one of the few plates in the Appendix NOT acquired from J.Hondius' widdow in 1629.

Read more about the Novus Atlas of 1634 and Willem Blaeu. [+]
Based on 0 reviews. - Write a review
200€
151 views
Add to Cart
Ask Question
Add to Wish List Compare this Product