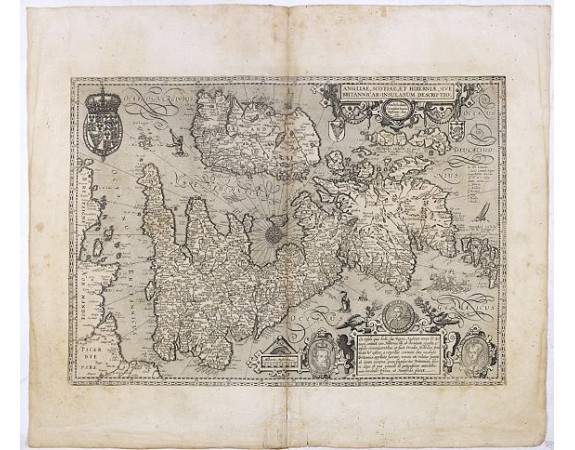 A rare and ornate map with inset portraits of James First, Henry Prince of Wales Princess Anne of Denmark.
Janssonius acquired the copperplate of van den Keere's 1604 British Isles map following Ortelius' outline and reissued it in 1621 with his own imprint in place of Keere's.
The same plate was to be used by Jansson in the first edition of his Atlantis Maioris Appendix in 1630 but copies of this map are only rarely found. (Shirley)
Pieter van den Keere produced only one atlas, his Germania Inferior and was forced to sell many of his copperplates to other publishers.
Based on 0 reviews. - Write a review
3,200€
459 views
Add to Cart
Ask Question
Add to Wish List Compare this Product