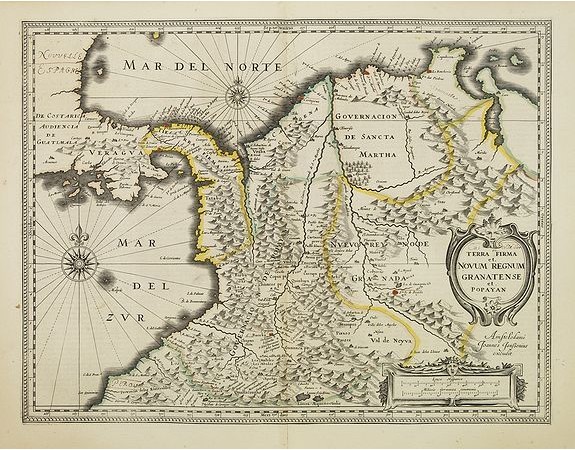 Fine example, with wide margins of this handsome map of the Isthmus of Panama and northwestern South America including most of present day Columbia and part of Venezuela.
Terra Firma is Panama, Veragua is Costa Rica, and Popayan in the west and Nuevo Rey Node Granada in the east refers to the mountainous Columbia.
The map is significant both for illustrating these early historic areas in the New World and for the numerous settlements, rivers and mountains.
The map is based on the cartography of Hessel Gerritsz.

No text on verso. From a French composite atlas.
Read more about Dutch - French ties.[+]
Based on 0 reviews. - Write a review
450€
277 views
Add to Cart
Ask Question
Add to Wish List Compare this Product