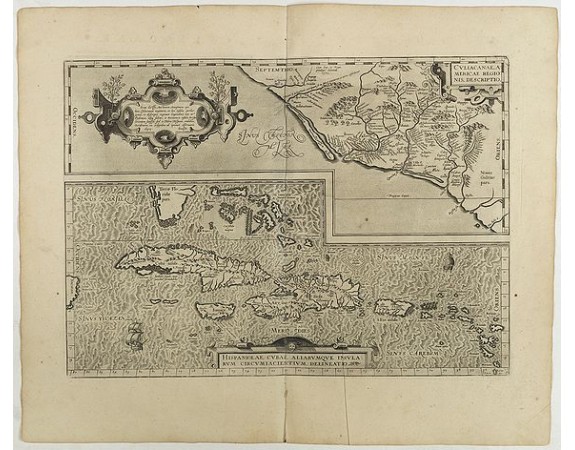 Two separate virtually identically sized inset maps on one sheet, each with a decorative scroll title cartouche. Culiacanae depicts the coastal and inland western region in North central Mexico, the present state of Sinaloa. Just off shore is a rather long, thin island which has been suggested, without much acceptance, if any, as the first or very early depiction of California as an island. The other inset shows much if not most of the West Indies and the Bahamas, one of the earliest maps to do so.

Dare to go in Black. All early maps are printed in black and white and many were kept that way for a long time. A black and white map in an early and strong impression is a rarity now-a-days being so many coloured up recently!
Read more [+]
Based on 0 reviews. - Write a review
900€
130 views
Add to Cart
Ask Question
Add to Wish List Compare this Product