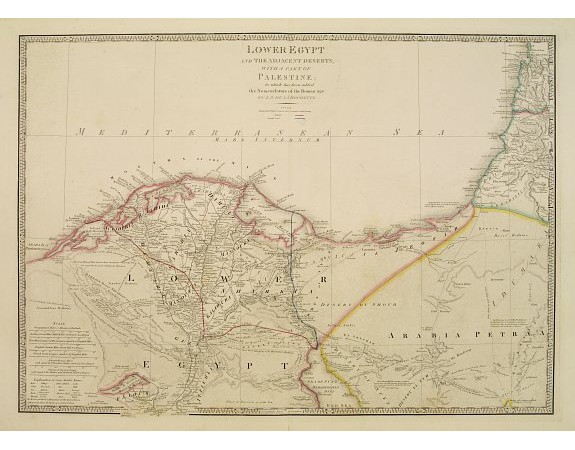 Very detailed map of northern part of Egypt and part of Palestine. Including the towns of Cairo, Suez, Jerusalem, Gaza and Acra. Railway is marked in red the proposed Suez canal in blue.
James Wyld (the younger) was geographer to the Queen and H.R.H. Prince Albert. Joined his father's business in 1830. His address was from 1835 until 1860: Charring Cross East next door to the Post Office and 457 Strand. As Queen Victoria married Albert in 1840 his imprint changed to Geographer of the Queen and H.R.H. Prince Albert. From his A New General Atlas of modern geography.. . Map is very finely engraved and coloured by hand.
Based on 0 reviews. - Write a review
250€
224 views
Add to Cart
Ask Question
Add to Wish List Compare this Product